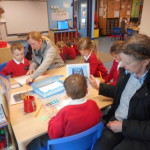 This week, we invited our parents and carers to come in to school for a maths workshop.  There was a range of games and activities for us to complete and show our grown ups how we learn maths in Reception.  Thank you to everybody who came.  There will be three more sessions on the 1st, 8th… END_OF_DOCUMENT_TOKEN_TO_BE_REPLACED 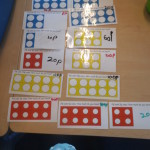 We have had a very exciting first week back after half term with the introduction of our zoo topic! The week started with the children designing their own logos for the zoo as well as researching which animals were popular. In order to collect the information, the children have learnt all about tally charts and have also presented their… END_OF_DOCUMENT_TOKEN_TO_BE_REPLACED 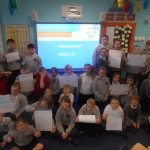 On Tuesday 9th February we celebrated Safer Internet Day. This year’s theme was about being kind to each other on the internet. We talked about how to be kind to each other when using the internet to communicate. We thought of ideas of how to keep us all safe online and what to do if… END_OF_DOCUMENT_TOKEN_TO_BE_REPLACED 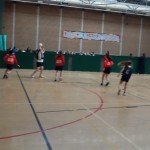 Another fantastic result for our Year 6 netball team. The children took part in the School Sports Partnership event at Blyth Sports Centre; won four games and drew two. The final was an extremely tough match against Bede Academy, who eventually won with a penalty goal, placing our team in runners up position.  Well done… END_OF_DOCUMENT_TOKEN_TO_BE_REPLACED 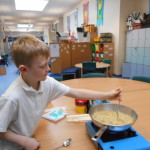 We celebrated Chinese New Year this week. The children loved the opportunity to taste some different Chinese foods and enjoyed cooking them together. It was great fun learning how to use chop sticks! In lessons we looked at the story of the animals and why each year is named after a different animal; this year is… END_OF_DOCUMENT_TOKEN_TO_BE_REPLACED 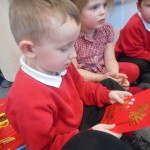 This week in school we have been celebrating Chinese New Year – the year of the monkey. The children have learnt lots about Chinese customs and culture through a range of activities: Exploring Chinese culture Tasting Chinese food Making a big dragon… … then performing a dragon dance Making lucky red envelopes 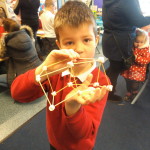 Following Mr Twit’s disappearance, we began the week by helping the police find Mr Twit. To ensure he was found quickly we had to write some very detailed character descriptions! Thanks to all of our hard work, Mr Twit was discovered and we found out how the story ended. In maths we helped Muggle Wump… END_OF_DOCUMENT_TOKEN_TO_BE_REPLACED 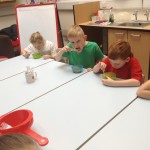 This week we have been celebrating the year of the Monkey. On Monday, we started off our day by finding out about life in a Chinese Primary school. There were some similarities to our school life but a lot of differences. We found out that there aren’t letters in the Chinese alphabet but a character… END_OF_DOCUMENT_TOKEN_TO_BE_REPLACED 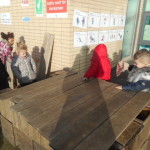 We have been exploring colour mixing to develop our fine motor skills.  Black and white were mixed and turned into grey…perfect for the Big Bad Wolf.         We have been building a house for the ‘Three Little Pigs’ out of large construction blocks. Our Nursery children were fantastic at retelling the story using masks… END_OF_DOCUMENT_TOKEN_TO_BE_REPLACED 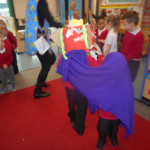 In Nursery this week we have been celebrating Chinese New Year.  In the art area we made our very own dragon and then practised dancing with it to Chinese music and instruments. Some of us decided to draw dragons on the Smartboard too. Using pictures we decorated the Nursery door as the children on CBeebies… END_OF_DOCUMENT_TOKEN_TO_BE_REPLACED