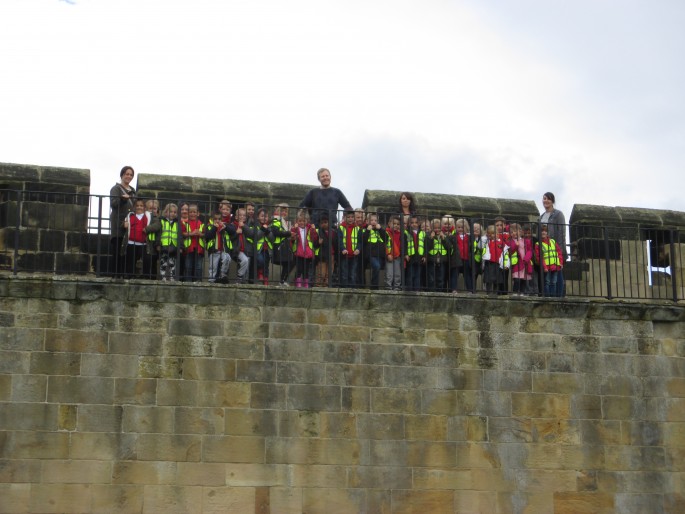 The children in Key Stage One had a fantastic time at Alnwick Castle, broadening and deepening their understanding of castles and life in medieval times.

Year One were transported into the mysterious world of medieval castles, magic and fireside tales.  Suitably attired in medieval costumes, they met the Earl of Northumberland’s resident Wizard. He was assisted for the day by a trainee knight, a squire, who was a little accident prone! They introduced the children to life in a medieval castle and how the world of magic was never far away. Once the Wizard was sure that Year One had ‘magical’ abilities, he instructed them create their very own magic wand.  The children were then encouraged to evaluate their incredible creations! They then retired to the Great Hall and were enthralled by tales of long ago magic, dragons, witches and wizards. After that, the children explored the castle grounds to visit each of the features they had been learning about in class! We could see just how protected the keep was, nestled in between the curtain walls. To finish the day we explored the castle State Rooms and were very impressed by the beautiful decorations! We learnt about how castles would have been lit in times before electricity and recognised just how important mirrors were in reflecting light through each huge room!